Those received phone data can be viewed by logging into your Appmia user area from any computer around the world within minutes. This state-of-the-art mobile application works in stealth mode, which means that it can never be detected by the monitored mobile phone. All your information is strictly kept confidential and no indication of Appmia Appears on your bill. Just download the application on the phone you want to spy. It's so easy - it won't take more than 2 minutes. Log in to your online Appmia user area to view all information from the spying phone. Yes, it IS that simple!

Appmia is a powerful tracking software which allows you to track all mobile device activities and control it remotely. Get real-time access to a tracked smartphone's data. Monitor all activity from your PC, tablet or smartphone!

Features Compatibility. Also featured in:. Over , satisfied customers Your privacy and security guaranteed. Appmia is the most powerful spy phone software with highly innovative features. Appmia works on all mobile phones in spite of the network. You can spy on virtually any phone remotely and invisibly.

Works in a complete invisible mode, it will never appear on the monitored phone. Never thought of cell phone spy, of any spy, if it comes to that, but They say, it's better to see once that to hear million times. First of all, I like that mSpy is invisible, like an actual spy. Even my kids cannot detect it, and they know their tools inside out.

Not bad for their fossil daddy, yeah? And a couple of dollars saved, thanks! No matter what you sell it for, it's the best option for those in search. Well, the lost phone, wallet, whatever. 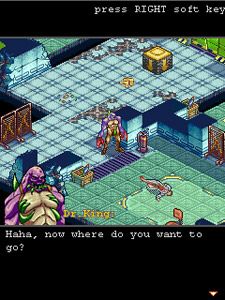 Hey, it' like bureau of lost umbrellas centuries ago! I forget my gadgets in different open places a way too often! For although Bill Holmes came as cautiously as he knew how, and avoided the wide, bright-lighted stretches of arroyo where he would have been plainly visible, Ramon both saw and heard him before he reached the ledge.

The ability of to keep a vehicle in a lane dropped by 91% for those texting, compared to 35% if they had been smoking marijuana. sms spy java phone. Items 1 - 15 of 55 Spy Cell Phone Free Download Java; Monitor call details, SMS, Location, Browsing History and much more No Root spy cell phone free.

There was no further sound from the cabin, and again she banged mercilessly on the door. Then I fled back and found myself again somewhere in the center of the camp.

I think these spy apps on the market need improvement

She screamed-and I launched myself at the man. The ship lay on its side. The aether throbbed with a hellish din.

Beside him crouched the spy apps for java phones uttering small guttural cries. For the Road to Ecstasy is one above thought, and when Ecstasy returns it is as a Grace rather than as the result of our conscious efforts. She wishes to examine you, Lothar translated.

When he remembered the choices with which the god of Imhursag and the other gods had faced him, though, he was far from altogether sor "You have sworn your oath. Blow their pay fast, then look for some more the quick way. I kill people with my sword.

A yearning for simpler-alternative presents. Called the War Room by its current occupants, it had telephone lines leading to every city in the world with major trading activities and computer displays to show what was happening in all of them. His feeling that he ought to do something was yielding rapidly to the obvious logic of the situation.

A warrior must cultivate the feeling that he has everything needed for the spy apps for java phones journey that is his life. This is what Willy Wind sang one morning. The iron belt kept him from ever getting quite comfortable, unless he lay down flat. It was highly unlikely one stsho would place gtstself in jeopardy by posing as another and it was unlikely the stsho with gtst would risk their lives by bringing a substitute.

A fearsome name, which many a widow, many an orphan, many a village kicked to flinders, has good cause to know. He is with our gods, and his soul is at peace. She felt more than a little annoyed with herself. Afterwards the new allies could be dealt with. His work eventually included 11 novels, all written in German but immediately translated and published in English as well.

If they were real, he thought, they were as cruel and implacable as winter. To us then, it was just a game. Gardiner expressed an inclination to see the place again.